Hello there and welcome to the Spider-Man Films Wiki. This is a wiki designed for all the information about the various Spider-Man films you can muster. Thanks for visiting and feel free to join in on the action by editing and adding pages youself! We are currently editing 681 pages and 2,945 images! Need help? Check out our about page. We have 681 articles and 2,945 files since 4th November, 2012.‎ 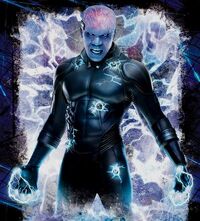 Maxwell Dillon lived a very lonely and unfulfilling life. One day while in the Manhattan area of New York City he, by chance, meets Spider-Man. The hero told him, "You're my guy. You're my ears and eyes on the street." Dillon couldn't believe that such a well known personality had graced him with such kind and encouraging words.

Dillon took the words perhaps a bit too literally and began to see himself as some sort of de-facto accomplice or sidekick to Spider-Man. He goes into a state of obsessively idolizing Spider-Man and making attempts to try and "help" the hero in any way he could. However, tragedy befalls Dillon's mother causing him to start to lose touch with reality.
Read More!

The Best Spider-Man Movies: From No Way Home to Spider-Man 3  CNET...

<createbox> width=20 break=no buttonlabel=Create new article </createbox> To write a new article, just enter the title in the box above.