"I like being bad, it makes me happy."
―Venom[src]

Venom, or Eddie Brock, Jr. is the main antagonist of Spider-Man 3. He was portrayed by Topher Grace.

He was a former freelance photographer and Peter Parker/Spider-Man's rival at the Daily Bugle who, after bonding with the symbiote, turned into a psychopathic foe with the powers of Spider-Man.

Born in 1981, at the time of Spider-Man's first appearance in New York, Eddie Brock is already an active freelance photographer. While mulling over what to make of Spider-Man, The Daily Bugle editor Robbie Robertson is heard remarking "Eddie's been trying to get a picture of him for weeks", though it is unknown if he is referring to Eddie Brock.

Robbie Robertson mentions to J. Jonah Jameson that "Eddie" has been trying to photograph Spider-Man for weeks.

Eddie is at first glance, an exact opposite to Peter Parker in almost every way imaginable--He dresses in spiffy designer clothes, uses enormous hair products, rides a motorcycle and seems progressively tanned. Eddie Brock is louder, more flamboyant, more able to schmooze and socialize. He is overly arrogant and obnoxious, but certainly a lot more polished. However, Eddie lacks elsewhere, he apparently has no real friends or close family.

Eddie Brock considers himself a ladies' man, but the ladies themselves don't concur. He is known to have once dated Gwen Stacy who's a model and a physicist. But after one coffee date, she has no interest in pursuing things further. He later met Captain Stacy and told him he is dating his daughter. He attempts to flirt with J. Jonah Jameson's secretary Miss Betty Brant. She's amused at the gesture, but brushes him off. And his cologne seems to disgust more than it attracts. After the alien symbiote took him over, Peter Parker became more like Eddie Brock, both in speech and personality. He gets a hip hairstyle, a pricey suit, an over-inflated ego, more swagger, more overall arrogance and Eddie's ability to schmooze and socialize with women. He also becomes increasingly aggressive.

After losing his job and his reputation for forging a photo of Spider-Man robbing a bank, Eddie Brock saw Peter Parker with Gwen Stacy and quickly became depressed. He went into a church and prayed for Peter's death. Almost like a divine hand granted his wish, he heard a scream from above. Peter Parker was at the top of the bell tower attempting to tear the symbiote suit from his body, and with the help of the bell's thunderous chimes, the suit seems to be shrieking in pain. The symbiote then seemed to look more demonic and aggressive.

Peter Parker peeled off the creature and it descends down the bell tower. Just as he tossed the debris of the alien suit, it landed directly on top of Eddie Brock and completely consumes him, even more so than Peter. Eddie struggles like he's in a straightjacket sinking directly into quicksand. But, the creature won in the end and found a new host.

Eddie Brock, now re-christened and re-born as Venom, traveled around the city web-slinging and swinging in Spider-Man's own style, looking for the real Spider-Man himself. While doing such, he happened to run into The Sandman. After The Sandman attacked Venom, mistaking him for the actual Spider-Man, Venom gives him a disapproving roar before Flint tosses him aside. Before he leaves, Eddie proposes a deal to Flint in a sympathetic tone. Painting Spider-Man as a bad person for not allowing Sandman to gain money illegally for his sick daughter, Venom asks Flint if he's interested in working together to kill Spider-Man, to which Sandman agrees to.

Eddie Brock captures Mary Jane Watson through use of a taxi. Seeing her captured at a construction site on the news, Peter Parker put on his old traditional blue and red Spider-Man costume. Peter attempted to plead with Harry to help him save M.J, but Harry scornfully told him to get out, revealing his half scarred face. Arriving on the scene he attempted to fight Eddie but he proved too strong. Restrained, he tried warning Eddie about the Symbiote but the cautions did not faze Eddie. Peter was almost killed from Venom and Sandman teaming on him, But then Peter's friend Harry Osborn came blazing onto the scene to save the day, in his New Goblin gear. Harry tried to keep The Sandman at bay while Peter tried to take care of Venom. After defeating Sandman, Venom kidnaps Peter, Harry attempted to save Peter from Venom, ultimately sacrificing himself by getting impaled by his own glider in order to save Peter from the same fate.

Peter remembered that it was sound waves that made the symbiote creature scream and grow weak. He took a metal beam and banged it against a row of others, making a thundering chiming. The alien writhed in pain at the noise as Peter saw the face of Eddie Brock underneath the weakened symbiote. He lets a web fly at Brock, pulling him free from the parasite. Now the creature is unmanned, on a rampage. It's suddenly become more than just a poison. It's a free-thinking creature of evil, ready to kill Peter. Peter grabbed one of Harry's pumpkin bombs and hurled it right at the alien matter. Eddie, seeing what was about to happen, ran toward the symbiote and was caught, and killed in the explosion.

"You made me lose my girl, now I'm gonna make you lose yours. How's that sound, tiger?"
―Venom mocking Spider-Man[src]

While he appears to be a perfect counterpart to Peter Parker, well-dressed and looks super confident, and problem free, Eddie Brock is no saint. He thinks of himself as better than others, will do anything such as doctoring to get Jameson's attention and be number one at the Bugle. The biggest downside is that he has no good traits or a chance to redeem himself whatsoever; inside he is just rotten to the core, thinks of himself as a ladies' man, is a glory hound, and delusionally believes he is both entitled to and that life is all about him; he even believed that he could simply have the right to be scot-free for forging photos to slander Spider-Man, and begrudged him when he is caught, fired and his reputation ruined; when it was entirely his fault for committing the crime of forgery and libel, making his grudge petty and unreasonable. Unlike, Norman, Otto, Flint, Harry and Peter, Eddie is corruptible, callous, amoral, dishonest, and incapable of maturity with change (despite being a Catholic). Unlike most villains in the Spider-Man trilogy, who are either tragic heroes or tragic villains, there is nothing tragic nor heroic about his mentality, as when he told Peter "I like being bad, it makes me happy" after Peter stole his date and was going to kill Mary Jane, thus making him a true villain in the trilogy. 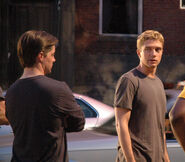 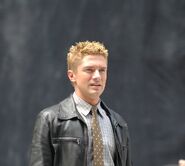 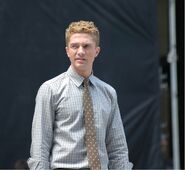 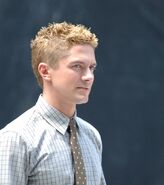 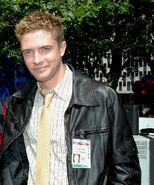 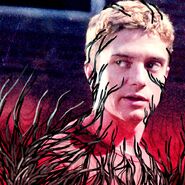 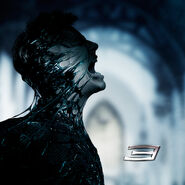